Over 35 years later, the Nike Dunk and Air Jordan 1 are making serious waves! Both dropping back in ’85, these retro basketball kicks are still riding high, flying out as soon as they drop.

For sneakerheads, there’s loads differences between the silhouettes, but for newcomers, these trainers look pretty similar, right? For decades there’s been some light-hearted rivalry between the two and with the Dunk making a serious comeback in the last year, the debate’s back again! 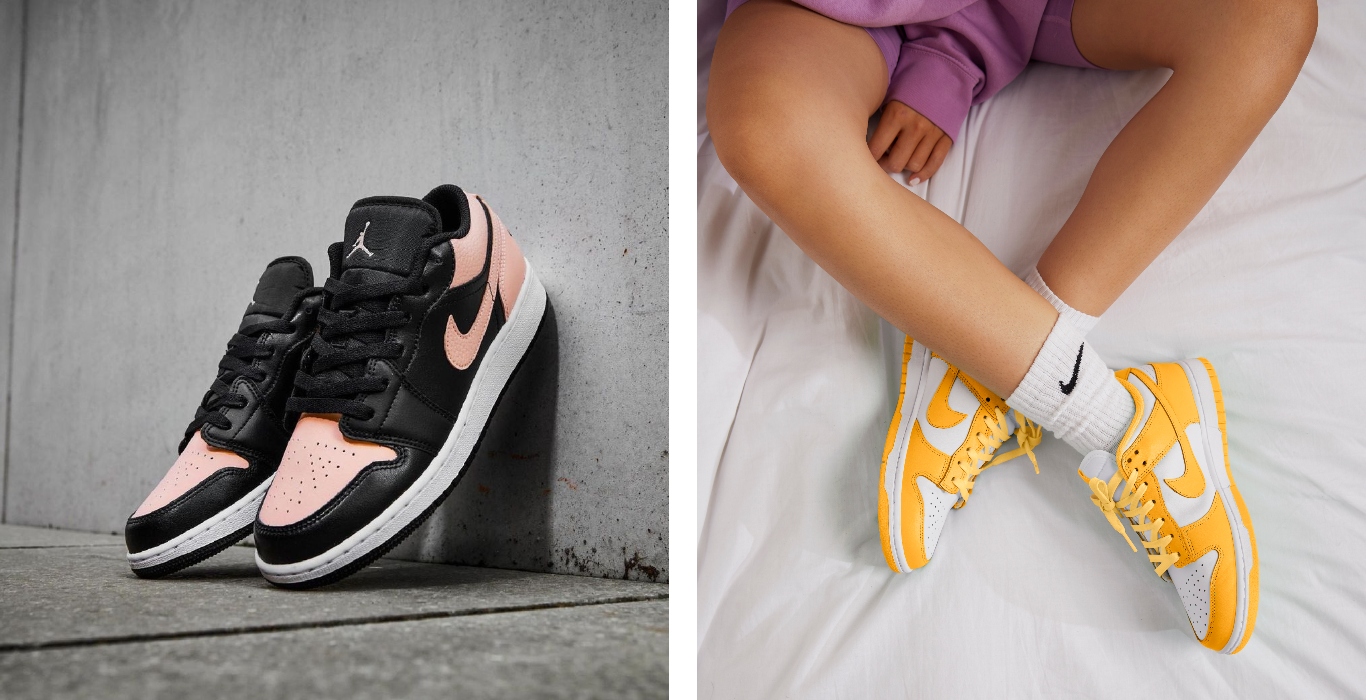 So, What’s the Same?

The Air Jordan 1 and the Nike Dunk both dropped back in 1985, with the AJ1 landing just months ahead of the Dunk. It’s not a coincidence they share a similar look at first glance, both sneakers were designed by Nike design legend, Peter Moore.

The ‘80s became synonymous with high-top basketball kicks and both sneakers were built for the court. The Air Jordan 1 was the first signature kick for the greatest basketball player ever, Michael Jordan, while the Dunk was aimed at college students. 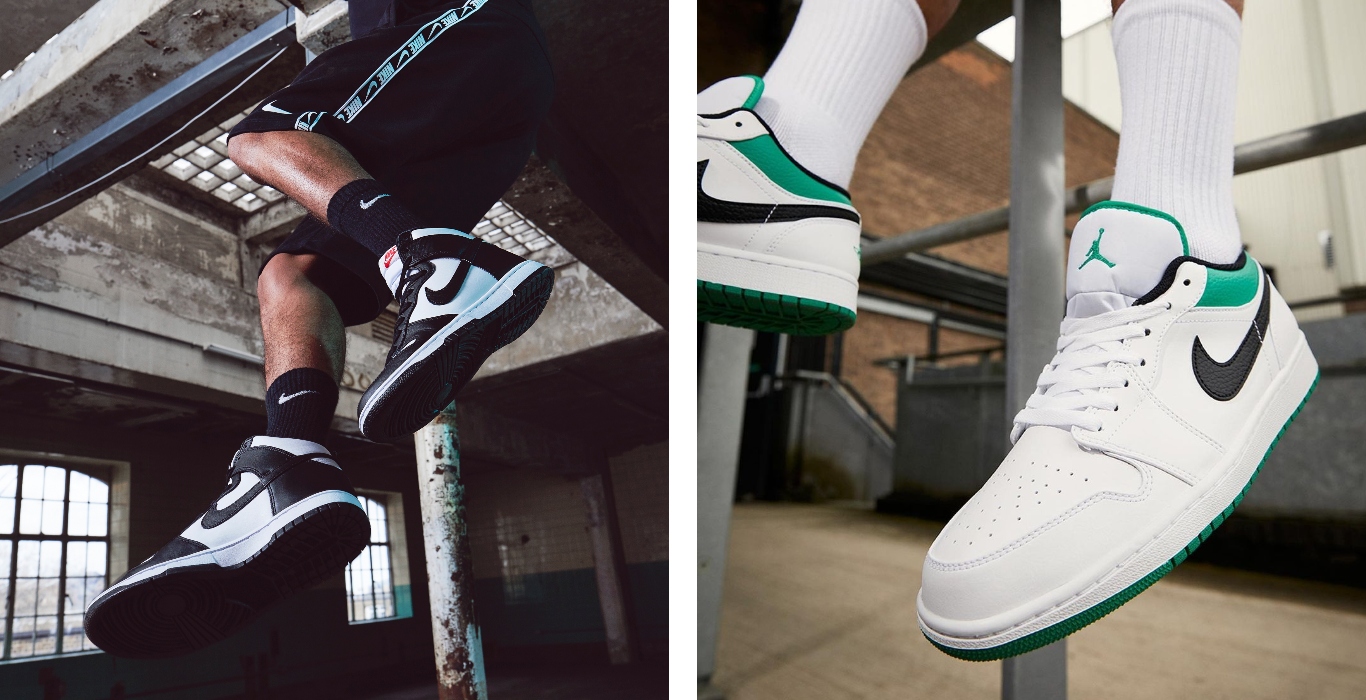 The Nike Dunk was inspired by b-ball kicks from that era, including the Terminator, Legend and the just-dropped Air Jordan 1, which is why it has a similar aesthetic. It was originally dubbed the ‘College Colour High’ and the first 12 colourways that dropped all represented America’s top basketball schools, including Michigan, Iowa, Kentucky, Georgetown and more.

Both sneakers also share the same amount of eyelets. Though the strapping is different, the AJ1 and the Dunk High rep nine eyelets – another similarity. 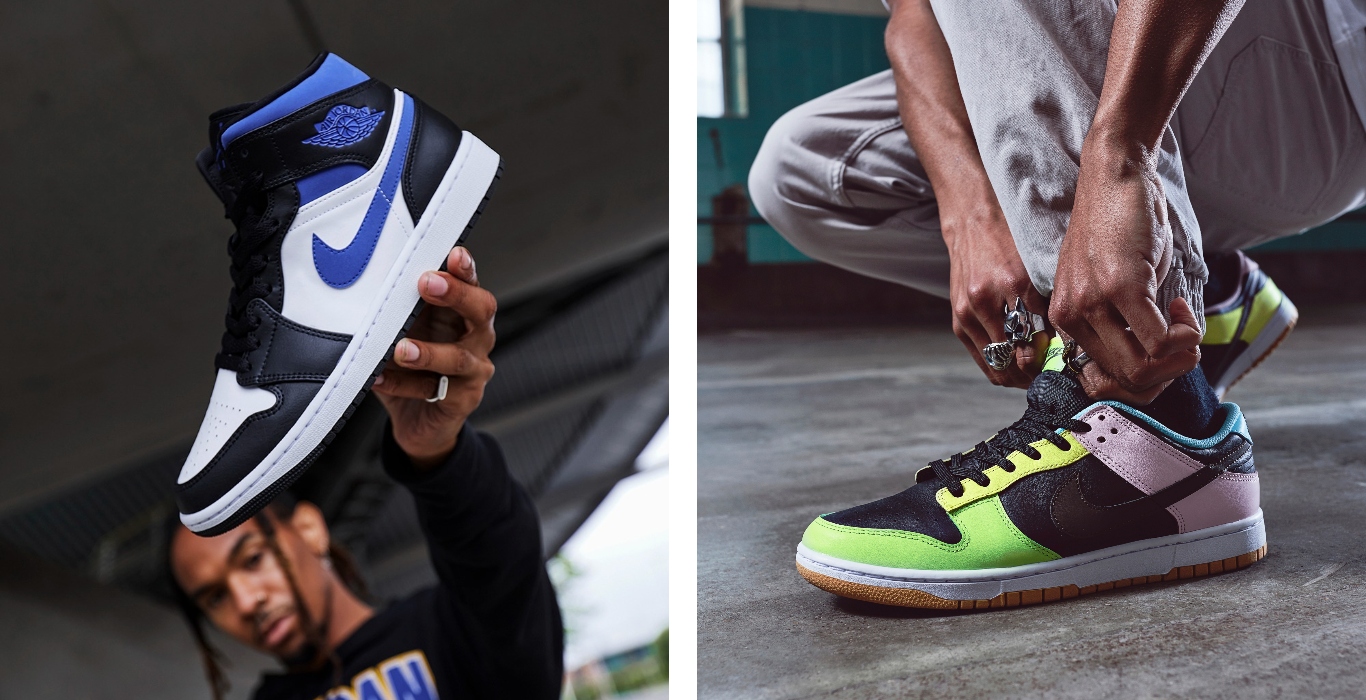 How Are They Different?

So you’ve seen what’s the same, but how are they different? Starting from the top, the upper of the Jordans has more panels (6 as opposed to 4) as well as more stitching, while the Dunk has a bigger toe box in each direction.

When it comes to branding, the Dunk keeps the OG tongue from the ‘80s with signature Nike branding stitched to a separate tab. The AJ1’s rep the iconic Jordan Jumpman logo directly embroidered to the tongue. You can’t forget about the Air Jordan Wings logo at the back of the 1s, whereas the Nike Dunk sports Nike branding. 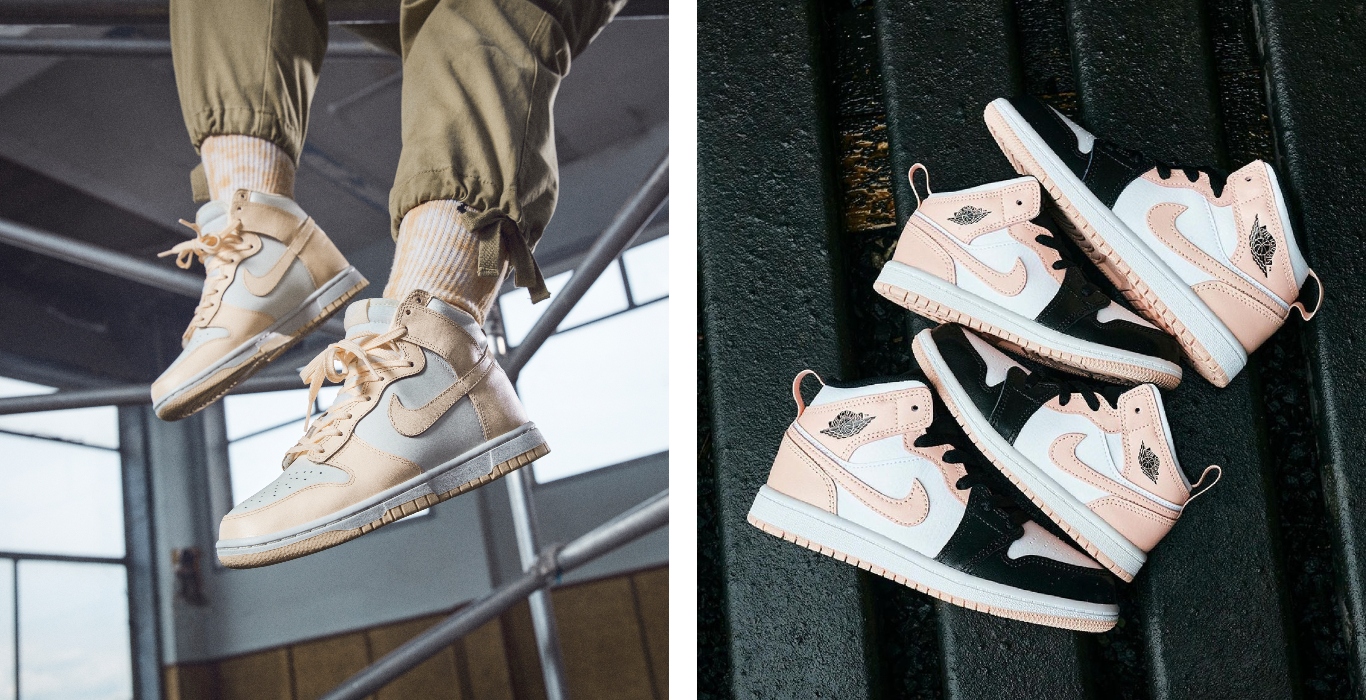 Underfoot is where you’ll find the biggest difference. The Nike Dunk comes sat on a soft foam midsole, which offers responsive cushioning each time you lace up. Whereas the clue is in the name with the Jordan! The Air Jordan 1 sits above an Air-sole unit that uses encapsulated Air in the heel for levelled up comfort.

Feel like you’re clued up? Now we’ve let you in on all the details, you’re officially at sneakerhead status.

On Running: Discover A New Sense Of Comfort